On October 16, 2022, the 20th National Congress of the Communist Party of China kicked off at 10:00 a.m. in the morning with great expectation. Jiangxi Biological Party Branch organized the party members and cadres to watch the live broadcast of the 20th National Congress in the conference room on the third floor of the company, and witness the historical moment of national attention and world attention together. 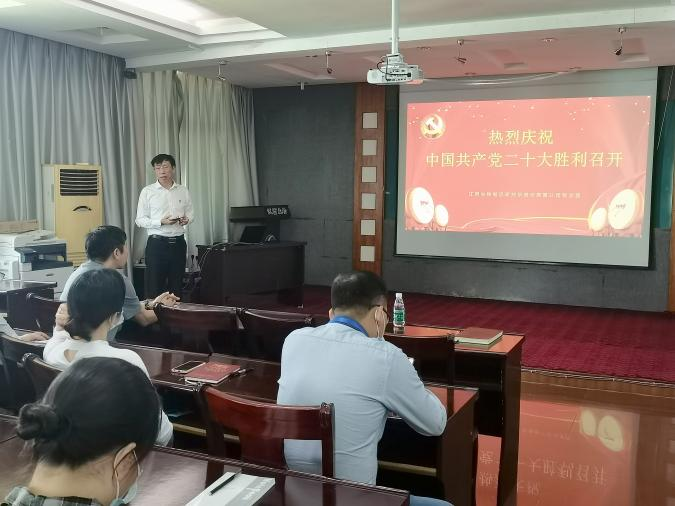 The 20th Party Congress is the first national congress of the Communist Party of China ushered in after the centenary of the founding of the Party, and it is also a very important congress held at an important moment when our Party enters into a new journey of building a socialist modernized country and marching towards the second century goal. Before the opening ceremony, Yao Xiaodong, general manager of the company and secretary of the party branch, asked every party member to watch carefully, deeply understand the spirit of the congress, and implement the spirit of the meeting into the work, to better serve Jiangxi Biological, to help the rapid development of enterprises and make their own efforts! At the scene of the live broadcast, everyone was concentrating, listening and taking notes, and from time to time, they were inspired by the wonderful report of General Secretary Xi, and happy smiles were blooming on everyone's face. 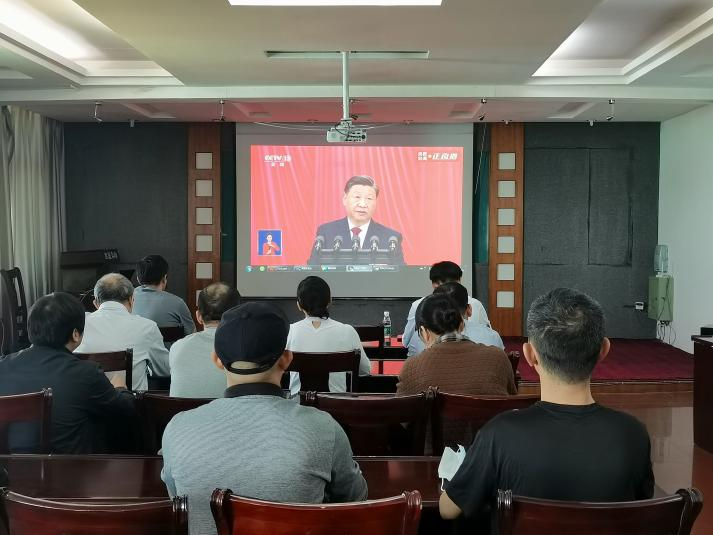 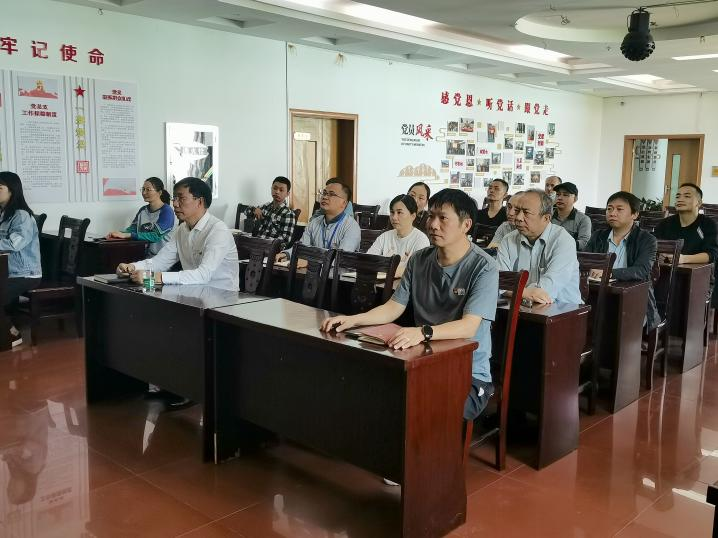 The theme of the conference was to hold high the great banner of socialism with Chinese characteristics, comprehensively implement the thought of socialism with Chinese characteristics in the new era, carry forward the great spirit of building the Party, be self-confident and self-improvement, keep righteousness and innovation, excel and strive to move forward, and unite and strive for the comprehensive construction of a modern socialist country and the comprehensive promotion of the great rejuvenation of the Chinese nation. At the meeting, General Secretary Xi Jinping, on behalf of the 19th Central Committee, reported to the General Assembly in fifteen parts. Every party member who attended the opening meeting of the 20th National Congress watched the opening ceremony carefully, listened carefully to the content of the report made by General Secretary Xi Jinping, and understood the spirit of the speech of General Secretary Xi Jinping in the report of the 20th National Congress in depth. In the report, General Secretary Xi Jinping put forward a series of new views, new assertions, new ideas, new strategies and new requirements, which were far-reaching and inspiring, causing a burst of warm applause!

After watching the opening meeting, General Manager Yao Xiaodong immediately organized a study meeting for all party members to learn and comprehend the spirit of the meeting, at which everyone spoke enthusiastically, talking about their feelings and understanding the spirit:

As an old party member with more than 20 years of age, Ji Chong said that after watching the opening live and listening to the report made by General Secretary Xi Jinping to the General Assembly, he felt incomparably excited and proud, and his sense of mission and responsibility to advance into a new journey and build a new era was even stronger.

In the morning, under the organization of the Party branch of the company, Zhou Jungen, as a member of the production technology department, said, "I listened to the opening ceremony of the General Assembly with the company's party members with great excitement. As the person in charge of the production department, I can feel more deeply the report "the great achievements of the new era are made by the Party and the people together. The weight of this phrase.

Kang Wei Shan, deputy secretary of Jiang Sheng Party Branch, said: The 20th Party Congress is a historic event for the whole Party and the whole nation, as a manager of the enterprise, I will take the spirit of this meeting as a vane in my work and life, effectively unify my thoughts and actions to the spirit of the Congress, continuously improve my political and theoretical level and cultural literacy, give full play to the pioneering and exemplary role of Party members, resolutely learn a step ahead and study a layer deeper, and do some thinking in the implementation. And in the implementation of learning to think, learning to understand, learning to gain, the power to coalesce to the tasks set by the 20th Party Congress to promote the work, guide the practice.

As a new era to join the party organization Deng Dayi, to listen to such an event, listen to the General Secretary Xi Jinping report to the General Assembly, I feel excited, honored and proud, the whole carefully watched and made a good study notes, but also feel very deep.

As a quality manager Liu Huihua said, I will always adhere to the party's loyalty, distinctly political, and solidly promote the spirit of the General Assembly to go deep, to the real, to the heart, bearing in mind the idea of high-quality development.

At the meeting, Secretary Yao Xiaodong called on all party members and cadres to seriously study, deeply understand and accurately grasp the essence of General Secretary Xi's report, and quickly unify their thoughts, understanding and actions to the spirit of the 20th National Congress, with more enthusiasm, more upward work attitude and more powerful work initiatives, to take practical action to put into the hot development of Jiang Sheng, for a better tomorrow of Jiang Sheng and We will work hard!

After the meeting, everyone was still not satisfied, and they turned their excitement into words and submitted their feelings to the organization. We all expressed that we should take the important speech of General Secretary Xi Jinping as the fundamental guidance, deeply study and publicize the spirit of the 20th Party Congress, deeply understand the decisive significance of "two establishment", resolutely achieve "two maintenance", and firmly carry the responsibility of "making quality medicines for global people". "We will promote the implementation of our work with more enthusiasm, excel in our work, move forward with courage, paint a new picture of Jiang Sheng's high-quality development, and contribute to the overall construction of a modern socialist country!

Learn day by day, learn often, think often, do will become, do will arrive - the company party branch to create a learning Jiang Sheng