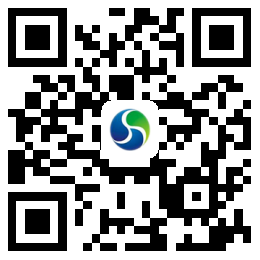 Classification:
Company news
Source:
2008/10/20 15:10
Page view
[Abstract]:
Zhang Jingli asked for special rectification work for drugs in Hunan and Jiangxi
——Strengthen departmental cooperation and deepen the rectification work
From October 15th to 20th, Zhang Jingli, deputy director of the State Food and Drug Administration, as the team leader, the State Food and Drug Administration and the relevant personnel of the Ministry of Public Security, the special rectification supervision team of the State Council, specialized in drug remediation in Hunan and Jiangxi provinces. The progress of the action was supervised and inspected.
The inspection team has listened to reports on the special rectification work of drugs in Hunan and Jiangxi provinces, and led the leaders of Hunan and Jiangxi provinces, food and drug supervision, economic commissions, public security, health, industry and commerce, quality inspection, customs and other relevant departments. Have a discussion. The inspection team also rushed to Changde City, Xiangtan City, Hunan Province, and Yichun City, Jingdezhen City, and Ji'an City of Jiangxi Province to supervise and inspect the basic drug remediation work, and went deep into Hunan Jinjian Pharmaceutical Co., Ltd., Hunan Yige Pharmaceutical Co., Ltd. and Xiangtan City Center. Medical units such as hospitals, as well as pharmaceutical companies such as Jimin Trusted Pharmaceuticals, Lixin Pharmaceutical, Jiangxi Biological Products Research Institute, Honghua Medicine, Horizon Industrial, Baicaotang Pharmacy, Jingdezhen First People's Hospital and Ji'an City Center People's Hospital And the basic drug users, on-site inspection and guidance on the development, production, circulation, use and other aspects of drugs, and convened a symposium on the production, circulation and use of drugs, to listen to their opinions on special rectification.
In the process of supervision and inspection, Zhang Jingli pointed out that it is a major decision-making arrangement made by the Party Central Committee and the State Council to thoroughly rectify and standardize the order of the pharmaceutical market and ensure the safety of the people. Organizing and implementing good drug rectification actions, governments at all levels are duty-bound, and they are also the common tasks of all relevant departments. Governments at all levels must, in accordance with the requirements of the State Council, effectively strengthen organizational leadership, provide job security, and help resolve difficulties and problems at work. All relevant departments must work together, cooperate closely, and work together to further advance the rectification work.
The special rectification work of drugs in Hunan Province left a deep impression on the inspection team. In particular, it has been fully affirmed by the inspection team for its work on building a drug safety responsibility system, strictly reviewing drug registration, strengthening the rectification of drug administration, and promoting the establishment of a corporate credit system and standardizing pharmacy construction.
The inspection team spoke highly of the special rectification work of medicines in Jiangxi Province. It believed that the party committees and governments at all levels in Jiangxi Province attached great importance to drug safety, carefully organized and carried out special rectification actions, and focused and had methods to create good experiences. Strong support was given to the establishment and supervision of capacity building, which provided a strong guarantee for drug supervision. The on-site verification of drug registration in Jiangxi Province is one of the top ten provinces and cities in the country; the system of supervised high-risk pharmaceutical production enterprises stationed in the factory is sound and the work is advanced; the construction of credit production and management enterprises is promoted, and the integrity of administrative counterparts is promoted. Self-discipline, the implementation of "enterprise is the first person responsible for drug safety" work in detail, solid and effective; strict supervision of medical devices to ensure product quality; crack down on illegal drug advertising. Overall, the drug safety situation in Jiangxi Province is stable, and the drug safety work has been done in an in-depth and solid manner, which is very effective.
Previous article:
Jingda Intern Training Record
Customers from the Republic of Yemen visited our institute
Next article: