Reviewing and looking forward to encouraging Jiangxi Institute of Biological Products to set off, 2016 work summary and advanced recognition conference was successfully held 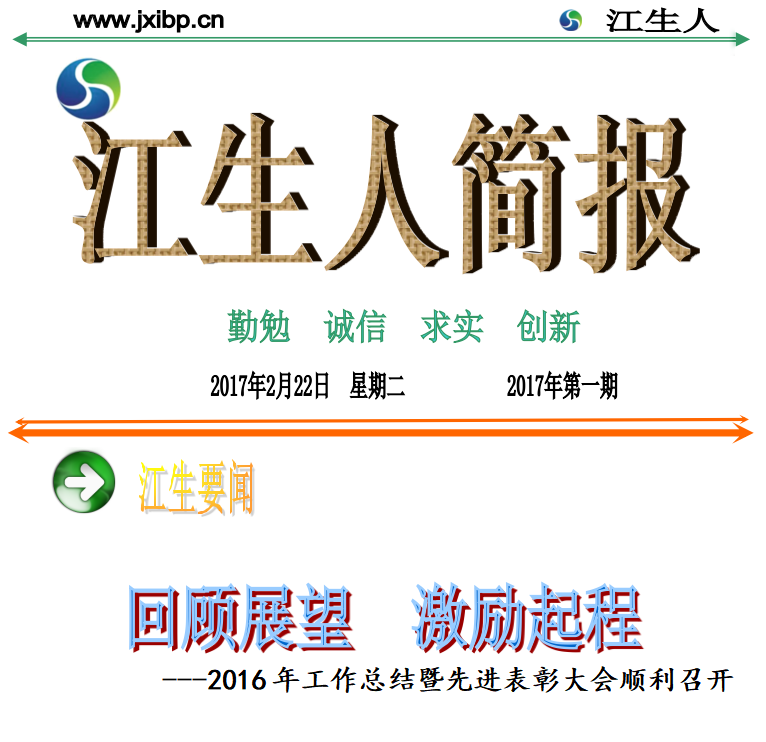 At 9:30 a.m. on January 23, 2016, all the staff gathered to hold the 2016 annual work summary and advanced recognition conference in the training center on the third floor, to witness and share 2016 together.
At the meeting, Hu Xiande, the vice general manager of the company, first heard the work summary entitled "Being good at innovation and efficient development, achieving Jiangsheng's dream of high-quality products". Based on detailed data and real examples, the report carefully analyzes the leadership of Party building and mutual promotion between League workers and women actively carried out by the Company's Party branch in 2016; The main work carried out from the annual production and operation target to a new high has been summarized and refined; The company took the initiative to assume social responsibility, responded to the call, and assisted the local government in the joint construction of village enterprises and targeted poverty alleviation. It reviewed the work and achievements in 2016, and accumulated wealth for the work next year. The report is divided into two parts to analyze the main problems in the work; It also proposes new development directions for the 2017 strategic development goals. 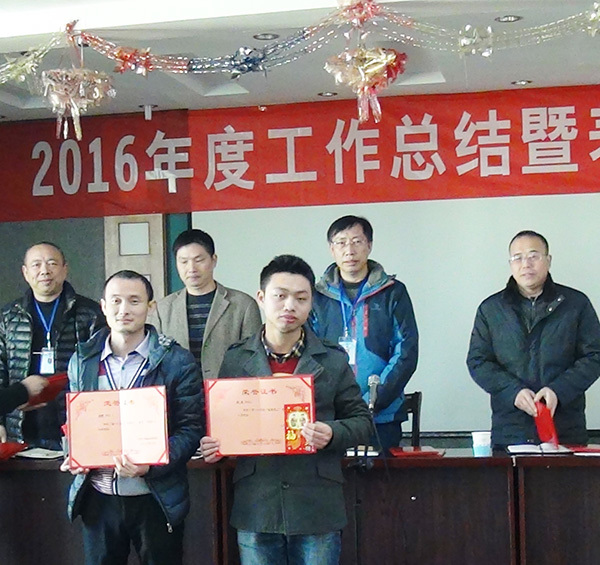 Then Liu Genshun, the deputy general manager of the company, read out the Notice of Commendation on Advanced Collectives and Outstanding Individuals. The leaders of the management team issue certificates, certificates and bonuses to employees who have won advanced collectives, outstanding employees and advanced workers, and call on all employees to learn from the advanced, catch up in the New Year's work, forming a good situation of "comparison, learning, catching up, helping and surpassing". All employees of the company also gave the most sincere congratulations and warm applause to the award-winning advanced collectives and outstanding individuals. 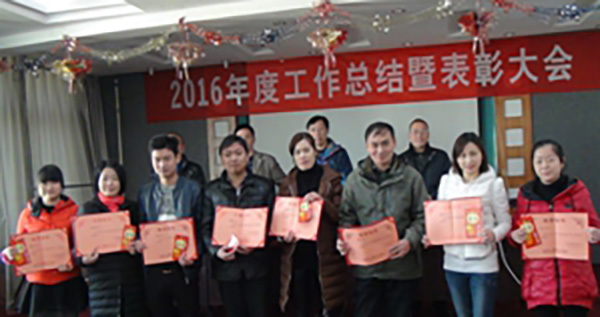 The meeting also made specific arrangements for the work during the Spring Festival to ensure safety and sanitation, so that employees can have a happy and detailed New Year.
At the meeting, Yao Xiaodong, the chairman and general manager of the company, sent New Year's greetings to all employees. Focused on the work spirit of all colleagues under the leadership of the Group Company and the leadership of Jiangsheng's management team, focusing on the goals and tasks assigned by the Group Company to Jiangsheng, making great progress and going all out, especially the production and marketing profits hitting a new record again. It was clearly pointed out that the achievement could not be achieved without the support of the leaders of the Group Company and the hard work of all the colleagues present day and night. On behalf of the members of the company's management team, he expressed his heartfelt thanks to all Jiangsheng colleagues who have been struggling in the production line!

Then he made a supplementary speech on the work in 2016 and made a new arrangement for the work in 2017: he said, "In the first half of 2016, despite the impact of the Shandong vaccine incident and the dealer's inventory pressure, all Jiangsheng colleagues made use of their strengths and circumvented their weaknesses, united, worked hard, planned carefully, worked overtime, and achieved a record high in production, sales and profits by" ensuring quality, increasing output, and promoting sales ", We fought a beautiful turnaround and achieved satisfactory results. ". The company has won the titles of "Pioneer Worker", "Civilized Unit", "Large Taxpayer", "Advanced Grass roots Party Organization", etc. In particular, the company's party building work has been affirmed by provincial, municipal and district leaders at all levels, and has been reported by the public WeChat and major newspapers in Jingkai District. The GMP flight inspection was successfully passed, the product quality was 100% qualified, the research and development of new products and chromatography process was smooth, and the two day and one night shift system of the production department provided a powerful demonstration for future production. In the future, we will strengthen training and implement incentive mechanisms to improve the motivation of quality awareness, GMP implementation and scientific and technological innovation awareness; Through strengthening communication and assessment, we will promote the responsibility of each person to prevent the work between departments and posts from being disconnected, and work mistakes caused by lack of sense of responsibility; The phenomenon of complicated management procedures and low work efficiency can be overcome by strengthening work optimization and implementing timeliness.

Finally, President Yao called on all employees to keep up with the management pace of the Group in the new year, take the production and operation management as the top priority of the whole company, pay attention to the "domestic sales volume and price increase, export sales volume and price increase" in the business strategy, go all out, be brave in innovation, keep forging ahead, with high-quality and efficient services, with a high sense of ownership, comprehensively promote all work to a new level, and create new brilliance!

The 2018 work summary and advanced recognition conference was successfully held